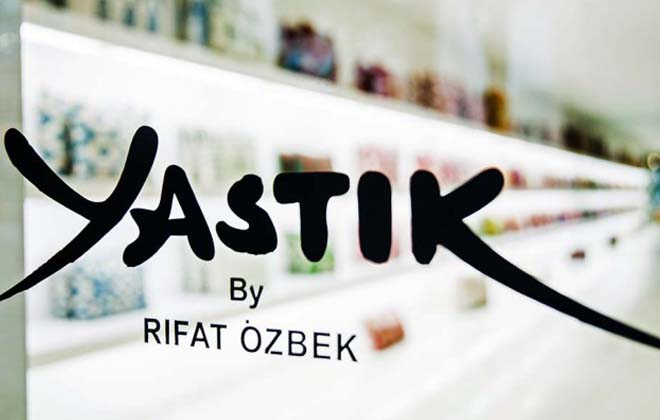 Go on, have a lie down. And if you decide to, why not do so on some beautiful, brightly embroidered pillows? After thirty years in the fashion world, Turkish designer Rifat Ozbek found himself more interested in the things that made up a home, rather than what was on the latest runway. That’s why is 2005 he decided to start his own textile line with partner Erdal Karaman, called YASTIK, which literally means ‘pillow’ in Turkish.

But these pillows are not just your run-of-the-mill throws. In fact, the line represents a deep and rich history, while also bringing contemporary flare to the story. Each production run is a limited edition using handmade Ikats and Suzeni embroideries, which are sourced from remote areas of Central Asia and Uzbekistan, where these textile traditions began. The Suzeni technique involves complex needlework to create beautifully ornate embroidered patterns, while the Ikat method consists of hand-dyeing thread in sections and patterns before weaving them into fabulous finished textiles. These techniques, which have been around for centuries, make up a language of their own, telling a unique story with each color, weave and pattern.

The pillows also have a handful of lavender in the stuffing, “just enough to suggest a sense of tranquillity” says Ozbek. Lavender is native to the regions around Turkey, so there is special reason to incorporate it as part of the rich heritage that these pillows come from. Not to mention, it gives your home that tranquil, relaxing feeling that makes you sink in and say, “ahhhhh.”

I love the idea of preserving these two traditions in one: the ancient weaving techniques, and the use of lavender. It really speaks to Ozbek’s mission to create things that really make your house feel like a home. Not to mention the hand-woven craft of these beautiful pillows. Each pattern is so intricate and beautiful, I don’t think I could possible choose just one! Just look at how lovely they look all together in the Yastik store. How many do you think I can fit on one couch?