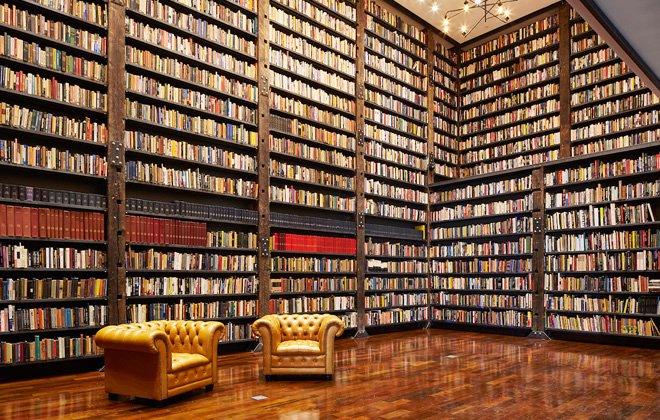 Maybe I’m feeling nostalgic for my hometown, but I have another Chicago gem for you all this week. This one is a real stunner and I can’t wait for you to read all about it! In 2012, artist and community organizer, Thester Gates, bought a run-down, totally derelict community savings and loans bank from the city of Chicago for just $1.00, and proceeded to turn it into a community center. $1.00! You read that right. This visionary then turned it into a cultural designation, the likes of which we haven’t ever seen. Named the Stony Island Arts Bank (after it’s predecessor), this space holds artist residencies, community archives, record collections, books, and more books! A feat of restoration ingenuity in it’s own right, Stony Island has become a truly innovative space for this South Side Chicago community.

Built 1923, the building stood as a thriving center for commerce for years, until the 1980s when the bank went under and it was left to ruin. By 2012 the building was set for demolition, which is when Gates stepped in to save it. At the time the building was in a very poor state, with sections of the upper floors collapsed, and a severe amount of water damage throughout. But Gates was determined to restore this grand building not just to its former glory, but in order to give back to the community a space that would honor, celebrate, and support its members. As Gates put it himself, the Stony Island Arts Bank will be a “destination for artists, scholars, curators, and collectors to research and engage with South Side history.” 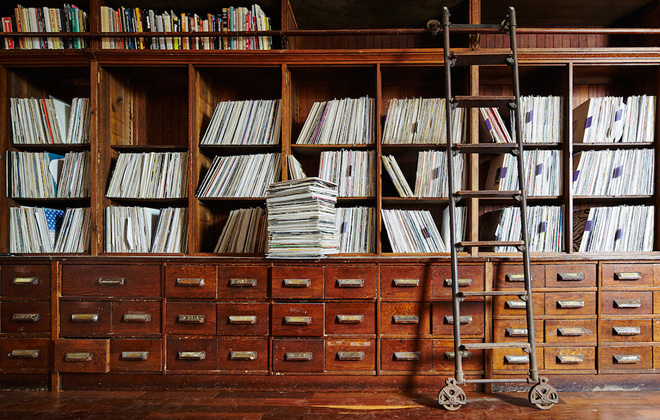 Record Archives (Photo: Tom Harris)Gates worked with the architecture firm FitzGerald Associates to bring his vision to life. It was important to do a great deal of structural work, as well as restoring some of the wonderful details of the early 19th century architecture. But Gates also wanted to preserve some of the character that had developed over the years the building was abandoned, preserving some of the elements, like layers of chipped paint, and fixtures that have stood the test of time. The results are stunning.

Through his Rebuild Foundation, which was created in order to facilitate the Stony Island restoration, Gates is still devoted to restoring buildings for art purposes around the city, each with the initiative to value the people and the cultures of their communities. As an artist himself, he also has his studio in Chicago, which was renovated from a former beer warehouse. Here he works with a team of talented artisans and assistants to create his amazing ceramic works, as well as his more conceptual projects, which incorporate music and history from Chicago’s very own rich culture.

Thester Gates is certainly developing a remarkable legacy on his quest to preserve the culture, history, craftmanship, and art of his city. With his own art, as well as his cultural and community projects, Gates is encouraging people to push forward into the future while always looking to the past for inspiration and direction.