The Magical Manger of Mimi Thorisson 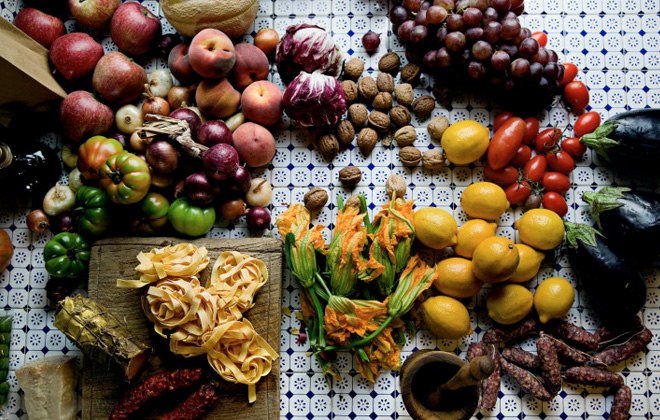 One of my absolute favorite blogs to follow is Manger, by the fabulous and talented Mimi Thorisson. The blog documents the life of the Thorisson family with dreamy bucolic photos of Mimi and her children running through the idyllic countryside, or in her beautiful kitchen, making something scrumptious. Everything in the photographs she shares is effortlessly stylish, the epitome of farmhouse chic. But Mimi and her husband, the photographer Oddur Thorisson, were not always living the pastoral dream.

Having grown up in Hong Kong, the city roots ran deep for Mimi, who later moved to London, then Paris to pursue a career in fashion and television. But as a child, she always visited her grandmother in the French countryside, which is where she gained a knack for French country cooking, and a love of the natural land. In 2010, with four children and too many Terriers to fit in a Parisian flat, the couple decided to look for greener pastures to raise their family, which is when they found Médoc, a six-hour drive from Paris, filled with nothing but farms and vineyards. Although the region was farther from the bustling center of Paris then they would have liked, the enchanting town and countryside convinced them. So, they bought a 15-room stone farmhouse, which was originally built in 1880, and began the life-long job of restoring it and making it their own.

Soon after moving into this fabulous countryside dream, Mimi decided to start sharing her love and passion for French cooking with her friends and family by starting a blog. She took photos of the brilliant creations she was whipping up in her kitchen to share, but some could argue that the beautifully restored tile floors and the amazing stone fireplace were just as enticing as the food she cooked! Needless to say, it wasn’t long before people started to take notice. With her effortless, down-to-earth French style, beautifully restored kitchen, and mouth-watering creations, the blog began picking up more traffic than just friends and family near and far.

This was the birth of Manger as we know and love it today. Along with the help of her husband’s wonderful photographs, Mimi brings beautiful stories about cooking and living to her devoted readers. The past few years have also brought exciting new projects like a cooking show in France, and two beautiful cookbooks, French Country Cooking, and A Kitchen in France.

“A good book is a treasure,” Mimi says, and these books are no exception! Each volume brings together her passion for style and simple elegance with her fabulous recipes. If only I could cook and bake even just enough to come close to recreating them as beautifully as she does! The books are also filled with Oddur’s breath-taking photography, which captures the fabulous life that revolves around good food – dinners with friends and family, and a connection to the land that produces such wonderful foods and experiences.

After six years of living the country life, Mimi and Oddur show no signs of slowing down. They may not be fast-paced city dwellers anymore, but they certainly bring the same excitement and rigor to everything they do in Médoc. C’est Magnifique!