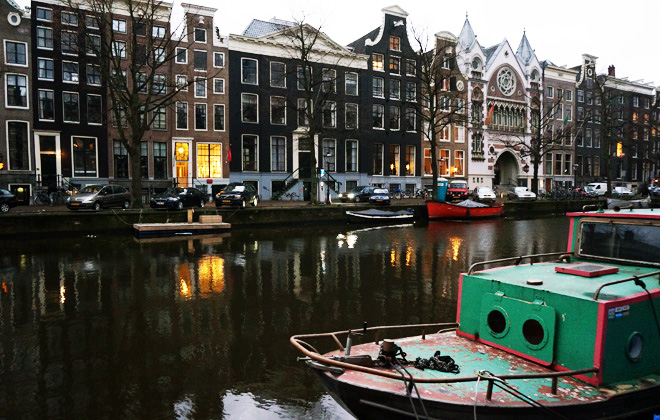 Amsterdam is just one of those cities. A city that is so beautiful to me but I can’t put a finger on exactly why I find it so deeply beautiful. There are levels of beauty that exist there unlike cities like Paris that wear their beauty on their sleeve. Yes, Amsterdam is “postcard pretty” with its canals, tulips, and townhouses all in a row. That is evident but I am talking about the beauty that is a few layers beneath the visable surface. Those things you only see as you wander the streets looking a bit deeper.

One of my favourite things to do when I am there is walk around looking into the windows of these fabulous homes. Amsterdammers (is that what you call them?) seem to keep their windows uncovered even at nightfall, which makes walking around at twilight a special treat. The warm glow of the lights reflecting of the glossy painted doors and water flowing in the canals. 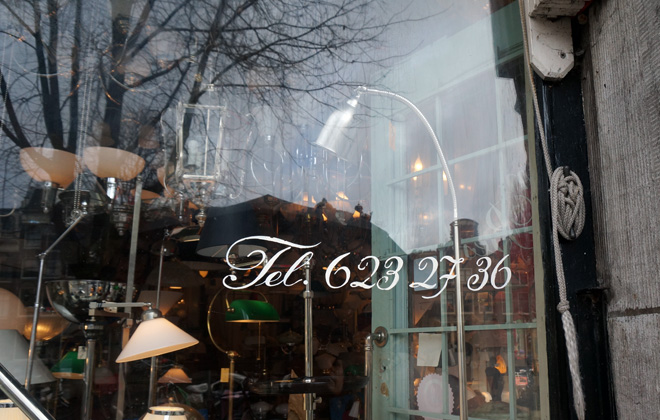 The last time I was there was in Winter. An overcast, cold day that made those cozy homes look all the more inviting with their glowing interiors. As I wandered, I noticed that loads of the houses had these hand-painted house numbers on their exteriors. Then I began to notice the hand-painted names, businesses and cafes to list a few more. House after house, store front after store front, it was absolutely awesome! 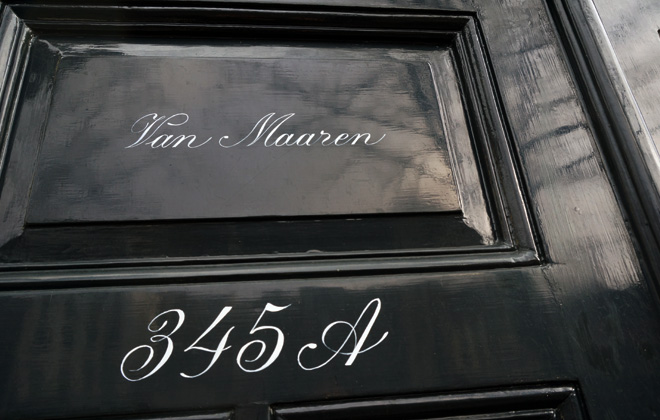 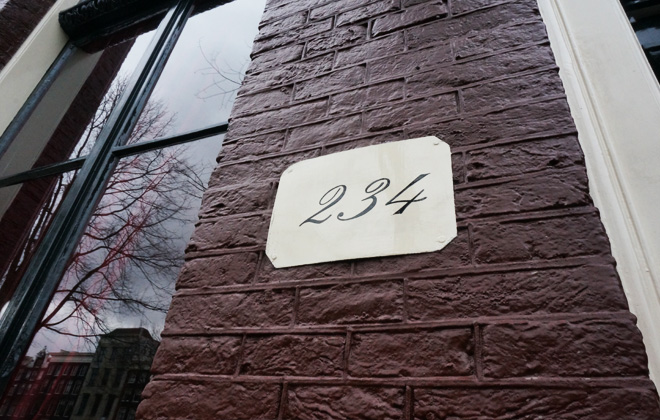 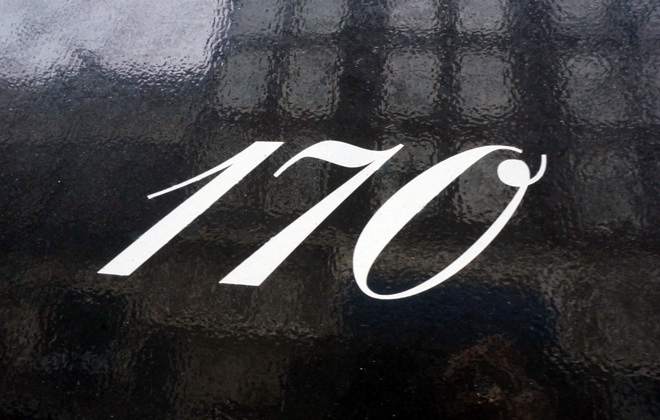 Throughout the city, hand painted signage is everywhere, but the hand painted numbers are especially wonderful, each taking on its own identity and setting apart one house from the next. I started to photograph them as I walked around, amazed that I hadn’t really noticed them before. They were everywhere. 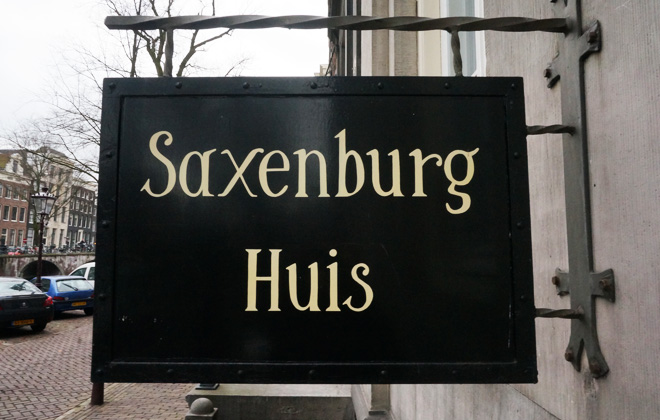 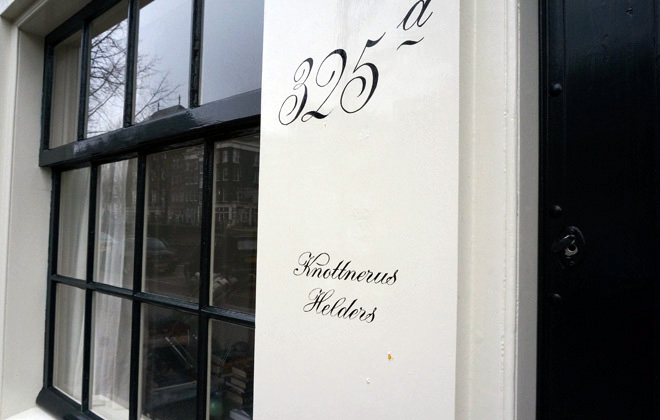 Amsterdam is wonderful for this precise reason — these hidden and beautiful layers. I love the fact that throughout its centuries of advancement in design, architecture, and art, the Dutch continually strive above all to preserve the past while still leaving room for the future.

Guidebooks and city insiders will tell you that it wasn’t until the 18th century that house numbers were introduced to the streets of Amsterdam. Before this, plaques or small statues were used to identify a home or family. This artful past could explain why the hand-painted tradition has lived on in the buildings of this historic city. 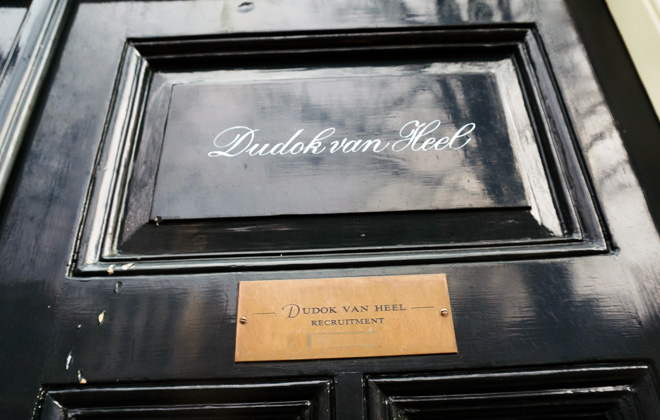 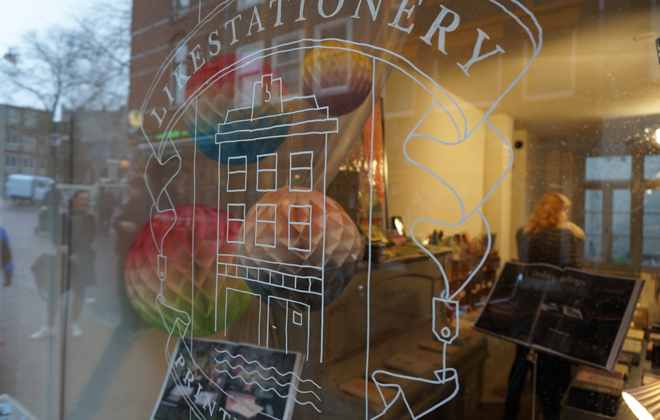 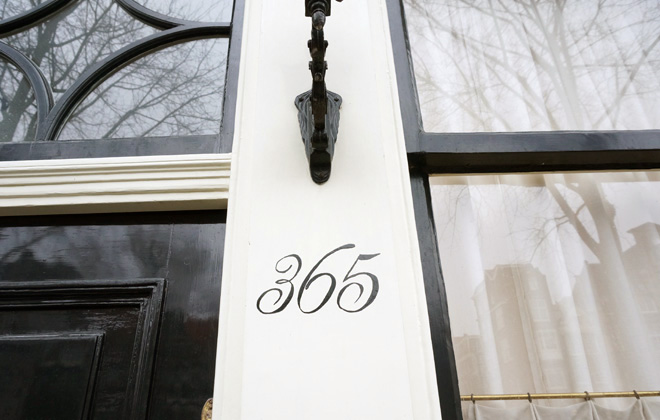 The script used for the numbers ranges in style, from the sleek and modern, representing a more contemporary flare in Dutch design, to the very ornate and curly script, calling up the traditional krullettering of the early 20th century. The tradition of krulletter can also be seen among the brun cafes of the Jordaan and De Pijp neighborhoods. The font was originally penned by Leo Beukeboom in the 1960s (based on the calligraphy of Jan van den Velde) and has continued to be preserved by contemporary craftsmen along with the Amsterdam Sign Painters Guild.

While researching the history of this krullerttering, I happened upon a quote from Leo Beukeboom that describes it best: “The letter you use on a pub window depends on the type of pub. If you have a traditional brown café, with lace curtains on copper curtain rods, with stained glass windows, you choose a nice, ornamental curly letter, because it fits in with the environment. It is not the information that counts, because everyone can tell it’s a café, but it’s about decoration, about creating an atmosphere.” 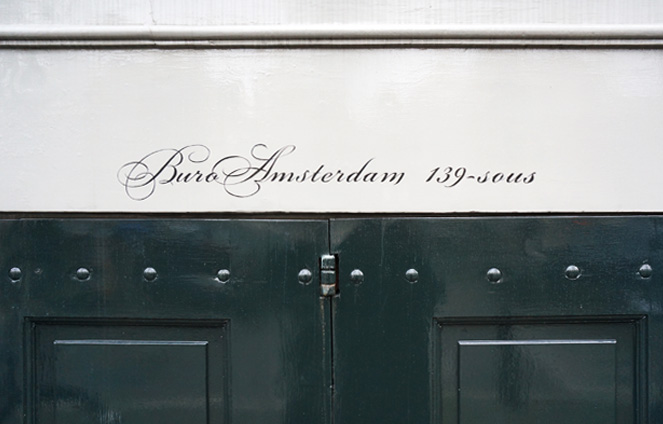 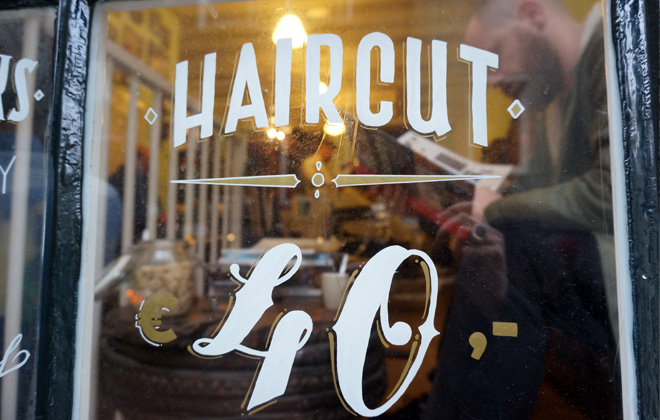 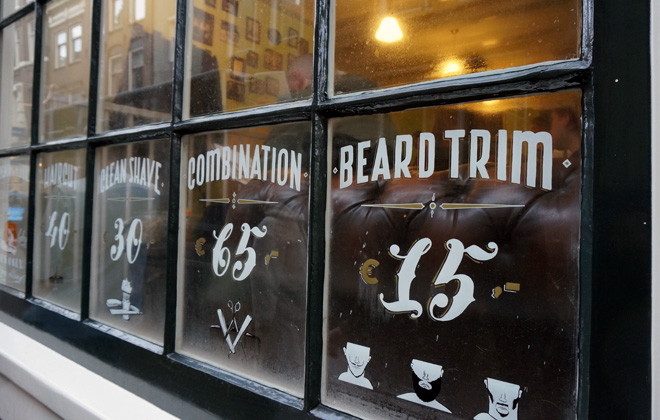 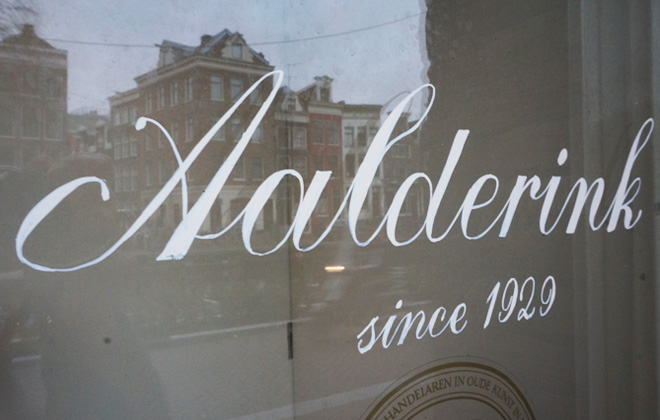 Amsterdam has such a rich history of art and design, which can be seen in almost any aspect of the city; from the array of architectural styles both new and old, all the way down to the hand painted numbers that denote each Amsterdammers home. I look forward to my next trip to see what new layer of lovely will emerge. I know it is there just waiting to be discovered.

If you get there before I do, please look out for these small hand painted masterpieces if you find yourself wandering the magical streets of Amsterdam. They are truly special.