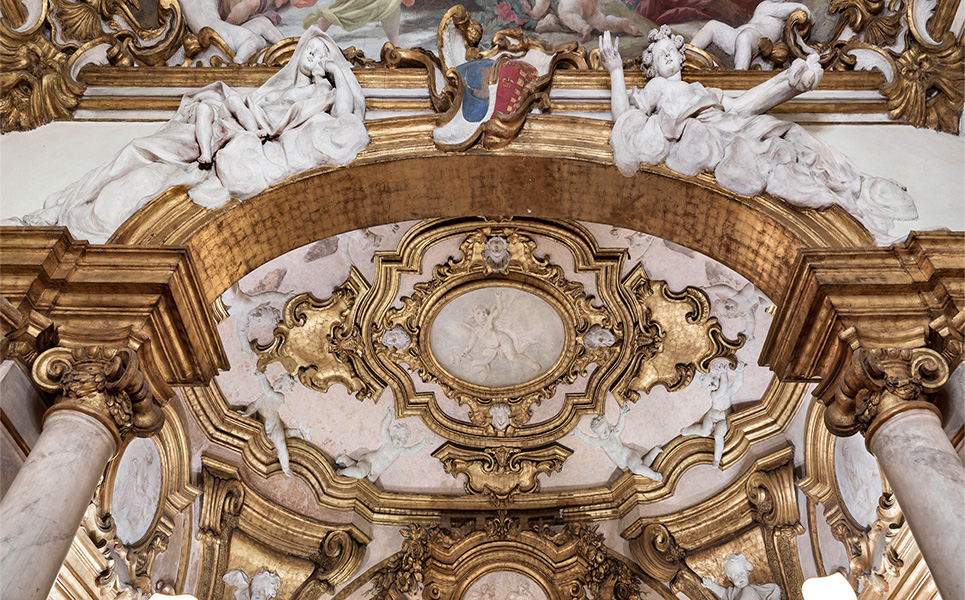 Although the iconic designer was not native to Florence, Salvatore Ferragamo certainly left his mark on the fabulous city. Born in Bonito, a small town outside of Naples, in 1898, Salvatore Ferragamo was destined for great things. At just eleven years old, the budding designer began apprenticing for a shoemaker in Naples, and by thirteen he was already opening his very own shop in his home town of Benito! But his passion for shoes would not keep him in his small town for long, and at sixteen he was already traveling to America to work in a large shoe factory in Boston, where he learned the ins and outs of the trade.

The young Salvatore was impressed and fascinated by the industrialized machines, but he knew that hand-made craft was still the only way to achieve true quality. By his early twenties, Salvatore had packed up for California to open a shop where he quickly became known as “the shoemaker to the stars.”

SALVATORE IN HIS FLORENTINE WORKSHOP, 1937.

“From small town cobbler to shoemaker to the stars.”

In the tumultuous late 1920s Salvatore decided to move back to his native Italy, choosing Florence as his adoptive city. Here he set up the impressive workshop at Palazzo Spini Feroni, which has been the company’s headquarters ever since. Hiring only the most highly skilled artisans to bring his fantastic designs to life via manual production, Salvatore worked to build up his name as one of the most sought after shoe labels in the world. Even through Italy’s hardest moments in the 1930s and 40s, he continued to innovate, utilizing an almost scientific approach to engineer shoes that no one had imagined before like the metal-enforced stiletto heel, the rainbow cork wedge, the cage heel.

After his death in 1960, the iconic Ferragamo label has remained in Florence in the hands of the family, continuing his legacy of innovative, fun, and finely crafted design. The name has also become synonymous with the height of Italian design, many championing the brand after WWII as a symbol of Italy’s forward movement into the new 20th century.

DISPLAY OF ICONIC FERRAGAMO SHOES ON VIEW AT THE MUSEUM.

Today, Paul Andrew carries on the Ferragamo legacy as the new women’s footwear design director. Taking the spirit of the legendary house, along with Salvatore’s own attention to detail and love of “high-tech craft,” Andrew takes classic designs from the archives and updates them with a contemporary twist. Still, after decades, Ferragamo maintains it’s place as the highest quality, and most timeless designs out there.

But apart from the shoes and clothes themselves, there are also many landmarks in the Ferragamo name to see in Florence. The flagship store and museum is housed in a Medieval Palace originally built in 1289. That’s right, it’s a centuries-old locale filled with art, architecture, and design from throughout Italy’s rich history. From Renaissance palace, to City Hall, to creative haven, this place is truly something. Not to mention it is filled with amazing pieces from throughout the Ferragamo history!

THIS FORTRESS IS WHERE THE ORIGINAL WORKSHOPS AND MUSEUM IS HOUSED.

And now you can also stay in one of the Ferragamo hotels! Leonardo Ferragamo (son of Salvatore) has recently launched his new line of high end hotels, the Lungarno Collection, which includes five top-of-the-line hotels in some of Florence’s most sought after locales.

THE LUXURIOUS INTERIORS OF THE HOTEL PORTRAIT FLORENCE.

BREAKFAST ON THE BANKS OF THE ARNO? YES, PLEASE!All photos courtesy of the Ferragamo Museum, and the Lungarno Hotel Group.