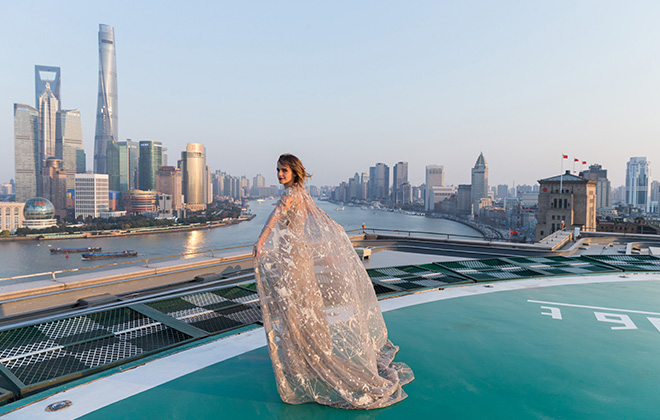 I just have to take a moment to shout from the rooftops about the amazing work of Eli Saab, given that the Beirut-based designer has recently opened a two-story flagship right here on Madison Avenue. In the same vein of my love affair with Valentino, I’ve become obsessed with the incredibly fine detail and craft that Saab brings to life through his fantastical creations.

Born in Beirut, Elie Saab began making clothing at the tender age of just nine years old, mostly for his sisters, continuing through his teens to make and sell his garments to young women in his neighborhood. In this way, Saab says he’d always known that fashion was his calling. So it’s not surprising that after a brief stint studying design in Paris, he came back to Beirut to open his first atelier at the age of 18. Within no time, this fashion prodigy was being sought after throughout the Middle East and beyond.

The real win came in 2000, when he was invited to join The Chambre Syndicate de la House Couture in Paris, which launched his career to new heights. With a couture boutique in le Triangle d’or in Paris, Saab opened his five-story workshop and atelier in Beirut, where he still makes all of his couture pieces. Beirut is a huge inspiration for the designer, and every garment passes through his hands.

And it’s in this workshop that all of his “fairy tale” creations that emphasize women’s bodies with intricate beadwork, embroidery, and precious materials come to life. I just can’t believe the imagination and dedication to craft that goes into every layer of these magical dresses. And now with the New York flagship open, I can’t wait to see some of these jaw-droppingly gorgeous things in real life!