“Modern is a synthesis of both memory and invention,” as said by the founders of O&G Studio, Jonathan Glatt and Sara Ossana who met over ten years ago as Graduate students at RISD, where Jonathan studied jewelry and metals and Sara studied Interior Architecture. The duo look towards the rich history of American design traditions for inspiration. Their combined backgrounds allow them to blend intricate detailing with a play on scale and proportion to bring traditional motifs into the 21st century. They have been featured in The New York Times, The Wall Street Journal, Elle Décor, Yankee Magazine as well as recently being named as one of “Ten Contemporary Designers to collect Today” by VOGUE magazine. They currently work out of combined studio, showroom and workshop in Warren, Rhode Island. 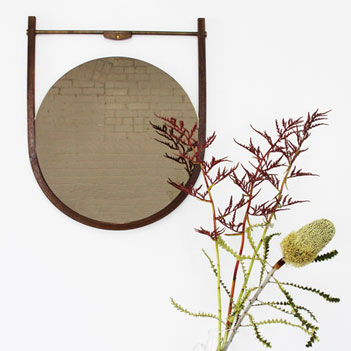 I captured this image of an amazing mural from str

Narnia. It totally exists. I found it. It made me

A few days before Christmas, I went to the flower

Hoooo are you? #momjoke alert for some of my frien

Raise your hand if you’re a jewelry lover like m

This is my bathtub. Almost one year ago to the day

Happy Monday to you! I’d like to invite you to r

Simply put, I want to be transported back here rig

Find out why handmade is the best made.