A Brilliant place to stay in Berlin. 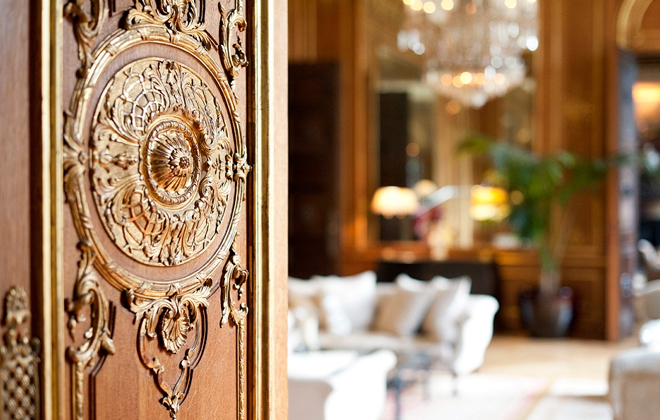 Having lived in Germany for a short 6 months, I had the pleasure of traveling a few times to Berlin without the international flight so I could make a long weekend out of it. Berlin is such a vibrant, exciting city — which I know is such a cliched statement — but there you can feel the city moving by the minute as you walk around. I love going there and it helps that we have such good friends living there as well. That makes visiting any city so much more fun.

One of our favourite hotels there deserves a special mention for a number of reasons. We were bringing our dog so we wanted to stay in a place that encouraged dogs so we wanted lots of outdoor space, but also wanted it to be very central with easy access to the heart of Berlin.

I religiously try to stay someplace that I feel is worthy of a write up for Interior Monologue. In other words, a place where there is a history as well a style and modernity to the hotel that strikes the unique balance that I seek and found the perfect place called Schlosshotel im Grunewald.

The area of Berlin called Grunewald became popular in the early 1900s when it became readily accessible from central Berlin due to a riding track that was newly built by a chancellor. Grunewald became quite a showpiece boulevard and an exclusive residential area. Schlosshotel im Grunewald was built in 1910 by a couple named the Von Pannwitz’ and they spent what was considered an extraordinary amount of money at the time on the interior decoration, paintings and wallpaper that adorned the house. Much of that original vision is still evident in the hotel. Stunning rooms with ornate details prevail. 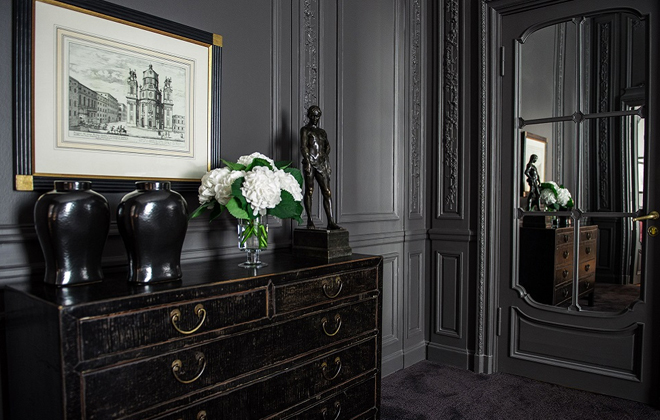 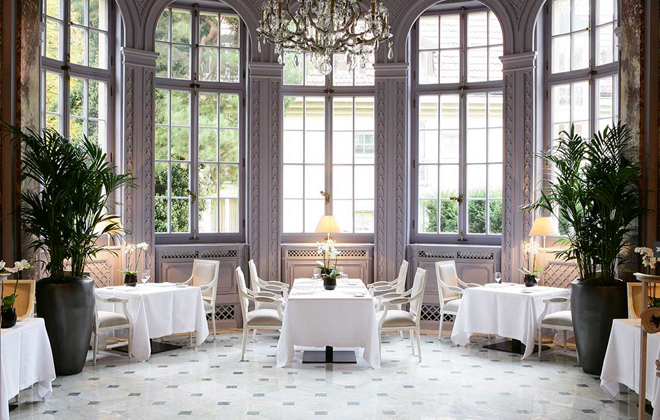 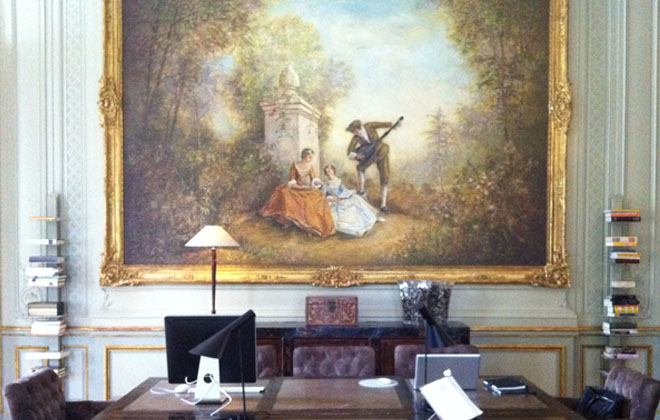 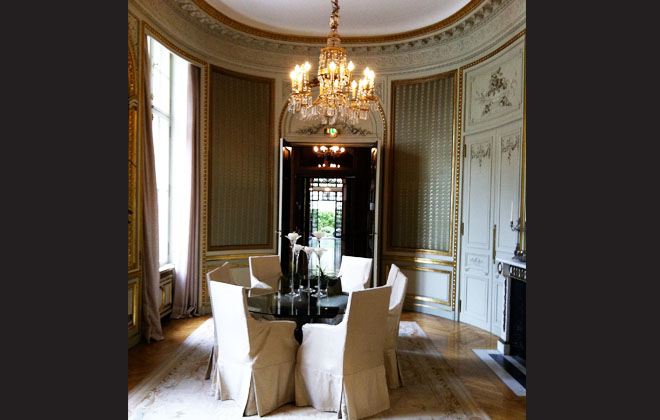 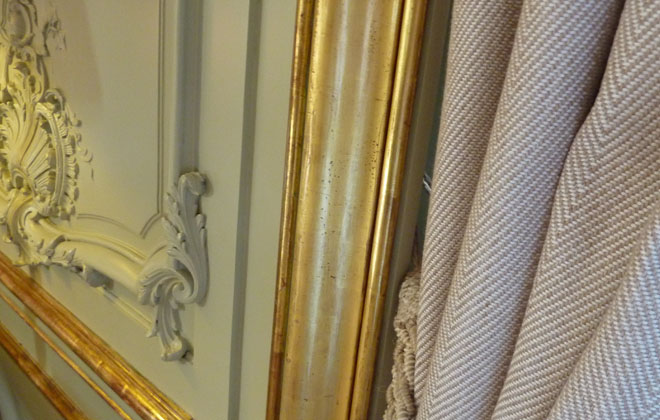 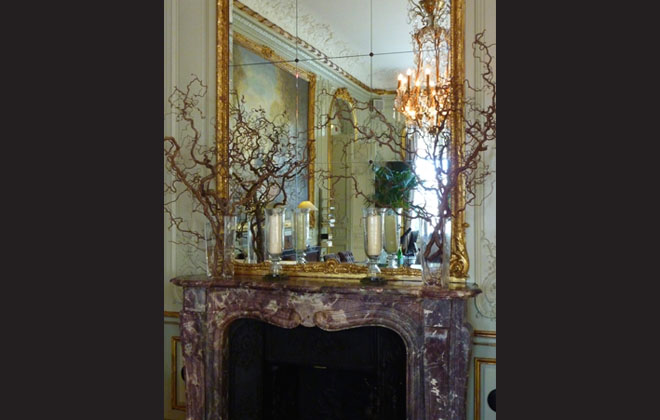 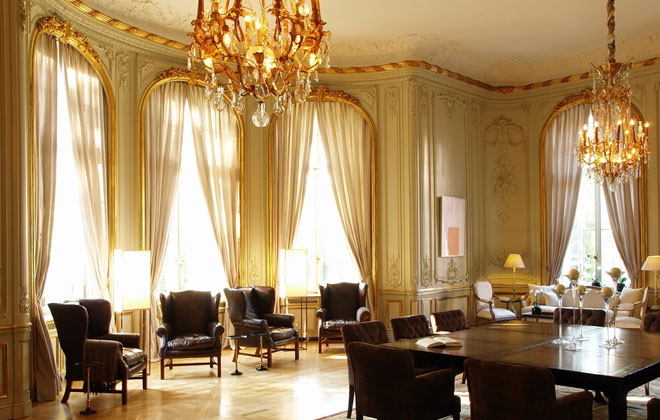 In 1945, at the end of World War II, the house was occupied by Russian forces. It was then requisitioned by British officers who used it as a “members club” for two years that had more than 60 employees as well as a French master chef. Eventually, and quite sadly, this hotel and a lot of the great hotels of Berlin lie in ruin after the war.

Many years later, in the early 1990s, a group of Berlin families decided to purchase the building together to establish a first-class luxury hotel. It took three years of extensive renovation as well as a redesign by the amazing Karl Lagerfeld (yes, as in Chanel!) to bring it back to its original glory. We didn’t get to stay in the room called the Karl Lagerfeld suite but I imagine it being quite lovely.

We loved every minute of our stay in this hotel. It somehow manages to combine history with modernity and spohisticated service within a classicly elegant yet relaxed atmosphere. Our dog truly loved romping around on the grounds and going for long walks in the nearby forest. I loved sitting in the garden sipping a glass of wine after a hard-core day of sightseeing. Truly can’t wait to go back to both Berlin and this hotel.